Perth and Kinross Council has responded to almost 800 online requests to replenish grit bins as freezing conditions continue to bite.

Since yesterday bins are being filled across Kinross-shire, Auchterarder and surrounding area, Perth City, Scone, Carse Villages, Blairgowrie, Meigle, Ardler, Kettins and Aberfeldy and Pitlochry. Perth City Centre Councillor Peter Barrett welcomed the news, he said: “Local residents and communities have been doing tremendous work to augment the huge amount of effort that the Council has put in to deal with the big freeze.  Conditions have been treacherous with black ice making steep inclines impossible to treat by gritter lorry.”

Cllr Barrett continued: "Perth and Kinross council had received 784 requests via its MyPKC portal to fill grit bins. Rather than respond to individual fills the decision has been taken to do a Global Refill ahead of further cold and icy conditions this weekend.  Two additional hired squads have been brought in to fill the bins and Housing Repairs staff are also providing additional support.”

Councillor Peter Barrett also responded to local residents complaints regarding the grit bin in Gowrie Street which was jam-packed with litter.  Cllr Barrett said: “Residents couldn’t get at the salt and grit because of the mountain of rubbish crammed on top. The quickest solution was to clear it all away and then break up the hard crusted top layer of grit.  The contents can now be used.  I would ask that anyone who thought they were doing a good deed by cleaning litter in the area dispose of it elsewhere from now on.” 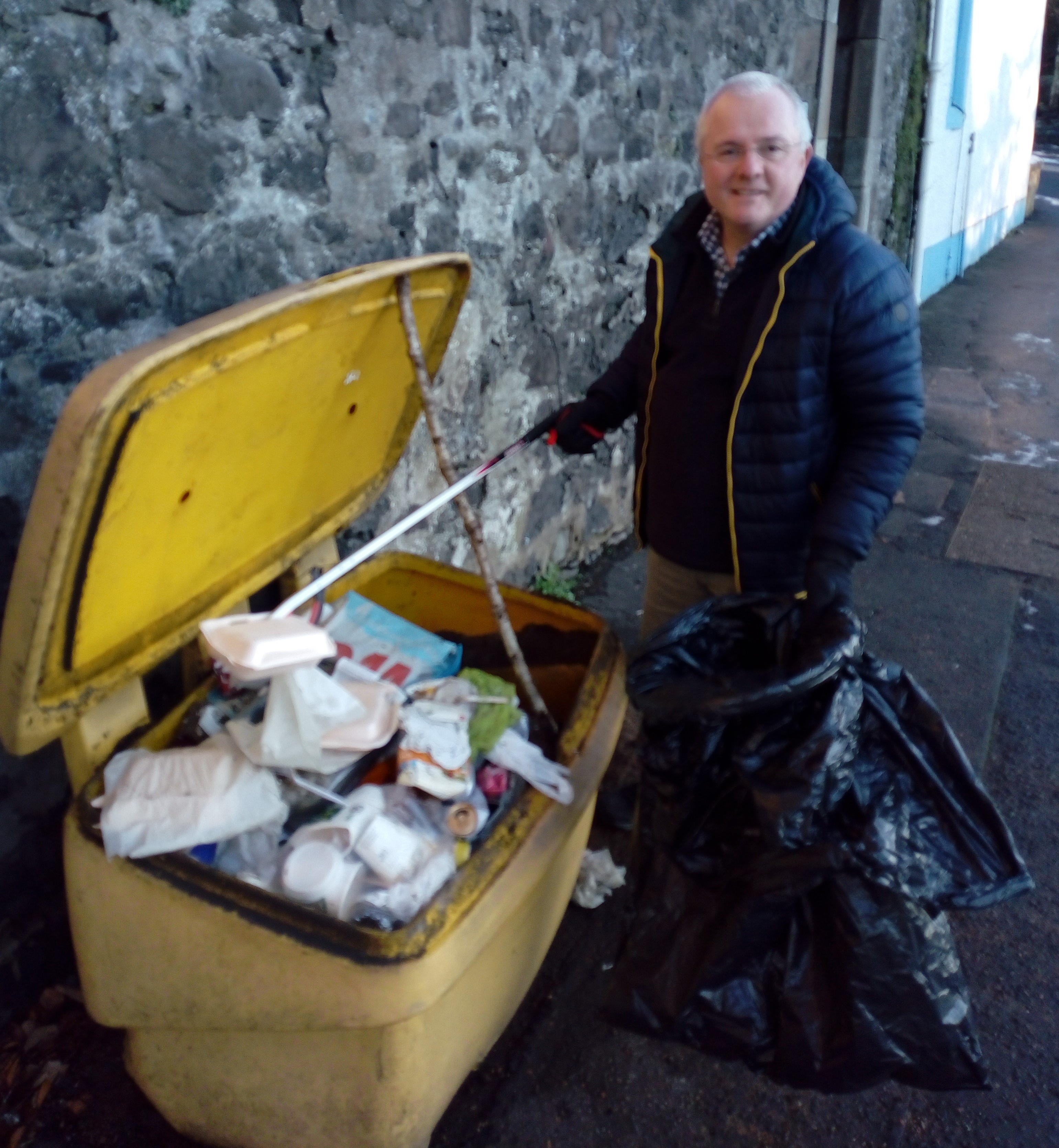 Photo: Cllr Barrett clears rubbish from a grit-bin so residents can get at the salt to treat their area.