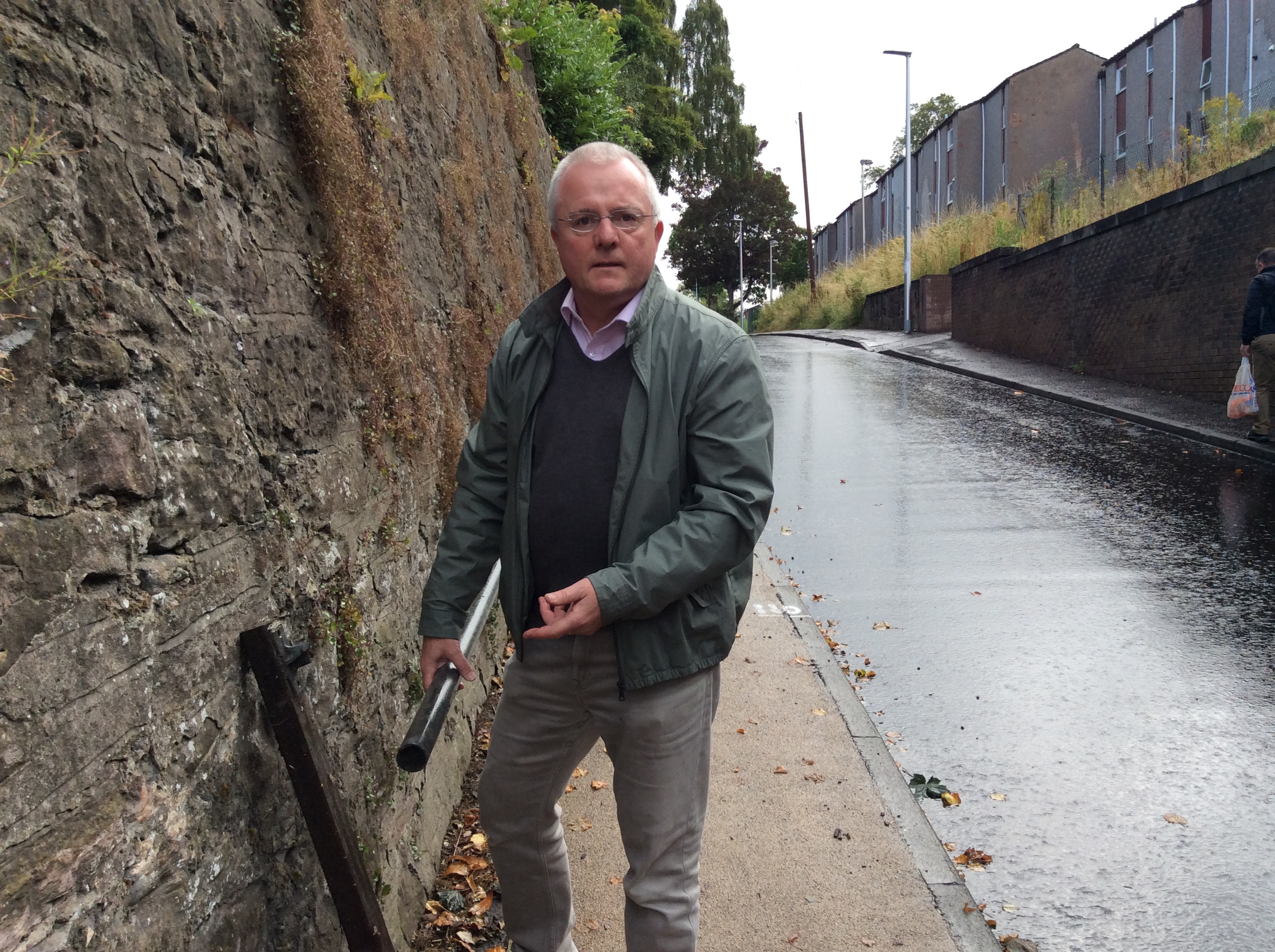 A Perth City Centre Councillor has demanded “action and an end to the dither and delay” over a long running failure by Perth and Kinross Council to fix a safety rail on Lochie Brae.

Lib Dem Councillor Peter Barrett and the Bridgend, Gannochy and Kinnoull Community Council have been pressing the council for months to fix the dangerously insecure rail. Cllr Barrett said: “The Council must get a move on with fixing the rail. It has been 5 months since the community council raised this matter but the rail is still dangling off the wall and lying in bits on the pavement. More of the rail has fallen off this week and I am concerned that whole thing might come down before the Council gets round to fixing it.”

After demanding that the Council expedite the repair in June, Cllr Barrett was assured that PKC had commissioned a blacksmith to specify the work but the condition and stability of the rail continues to deteriorate.  In the meantime pedestrians continue to experience difficulty on the very steep Lochie Brae slope. Cllr Barrett said: “I have had reports of elderly pedestrians suffering falls because the they thought the rail would support them only for it to give way. Residents and the community council are now at the end of their tether.  The problem is entirely of the Council’s making as they never enforced the reinstatement of the safety rail after an access was created for a new house on the Brae.  The handling of the repair has been and continues to be shambolic. This sorry saga must be brought to an end and the rail fixed without further delays.”