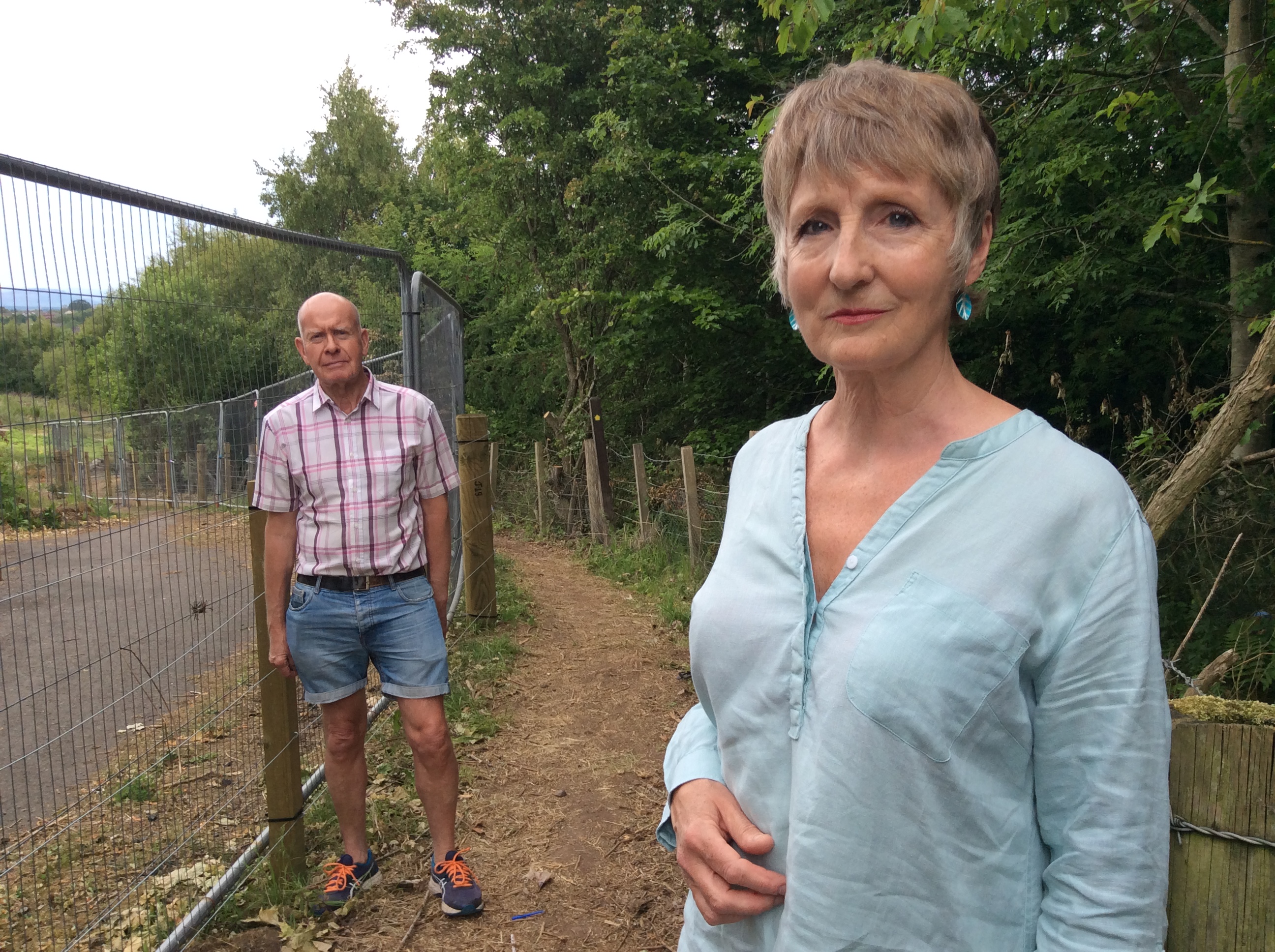 Cllr Wilson said “I have received a stream of complaints from residents and visitors regarding the diversion of the Core Path at Broxden Park & Ride. The diversion may be inevitable but it has been very badly handled by the developer.”

The Core Path, which leads from Broxden Park & Ride crosses the M90 and links to Buckie Braes and St Magdelene’s hill, is being diverted because of a commercial development.

Local campaigner Liz Barrett added “The path is frequently used by runners, walkers and cyclists. People are angry about the dangerous condition of the diverted route. The path is far too narrow, leaving no space for social distancing and it is deeply rutted. Holes, projecting stones and tree roots present trip hazards making the surface unsuitable for walkers and hazardous for cyclists.”

Cllr Wilson added “The current situation is totally unacceptable. I have taken this up with the Council’s Environment Service and Planning Service, and asked for action to increase the width of the path and to improve the overall surface.”